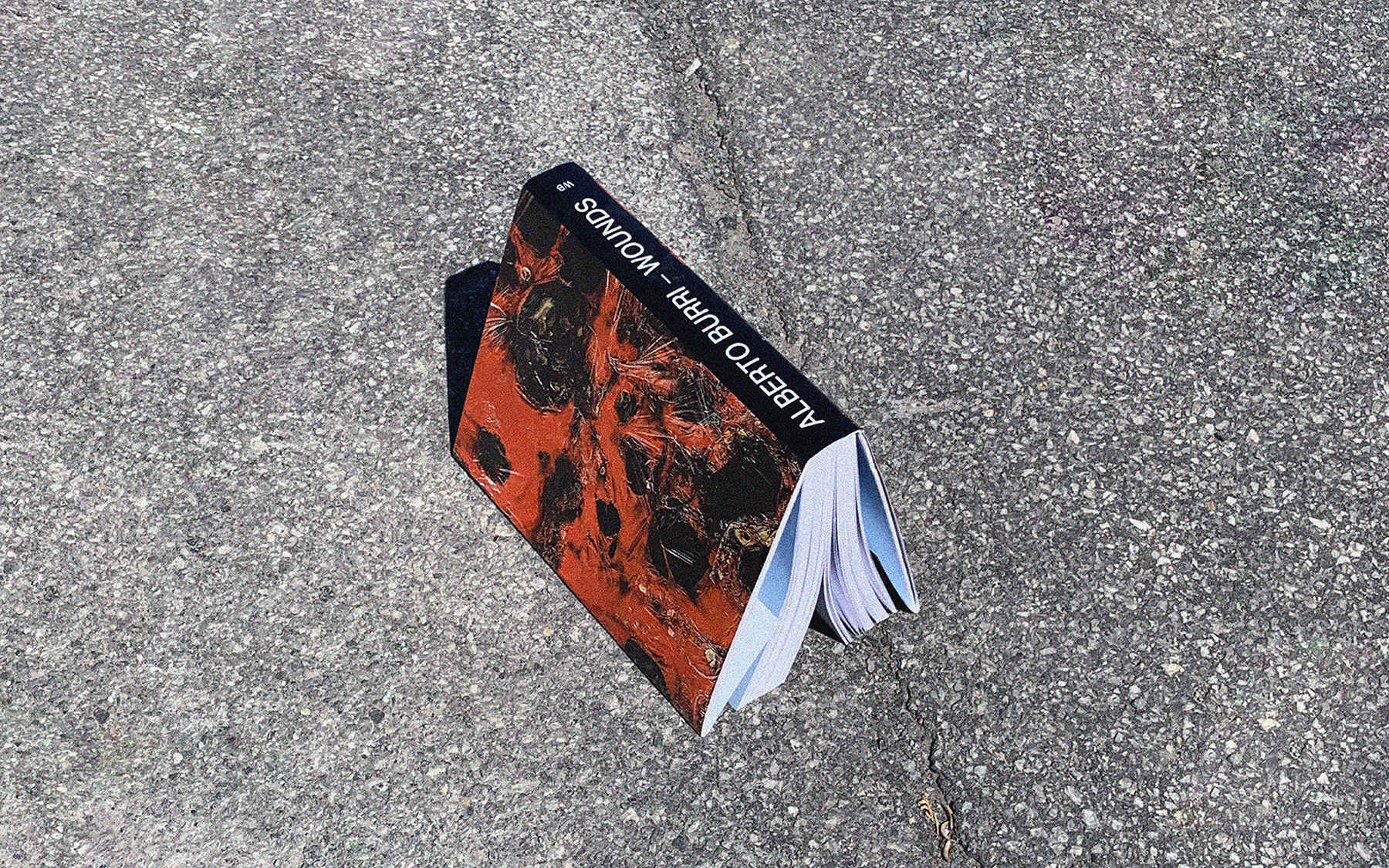 The mandate of this project was to design a book cover and interior spreads for an assigned artist. In my case, I received Alberto Burri, one of the most prominent abstract painters of the 20th century. 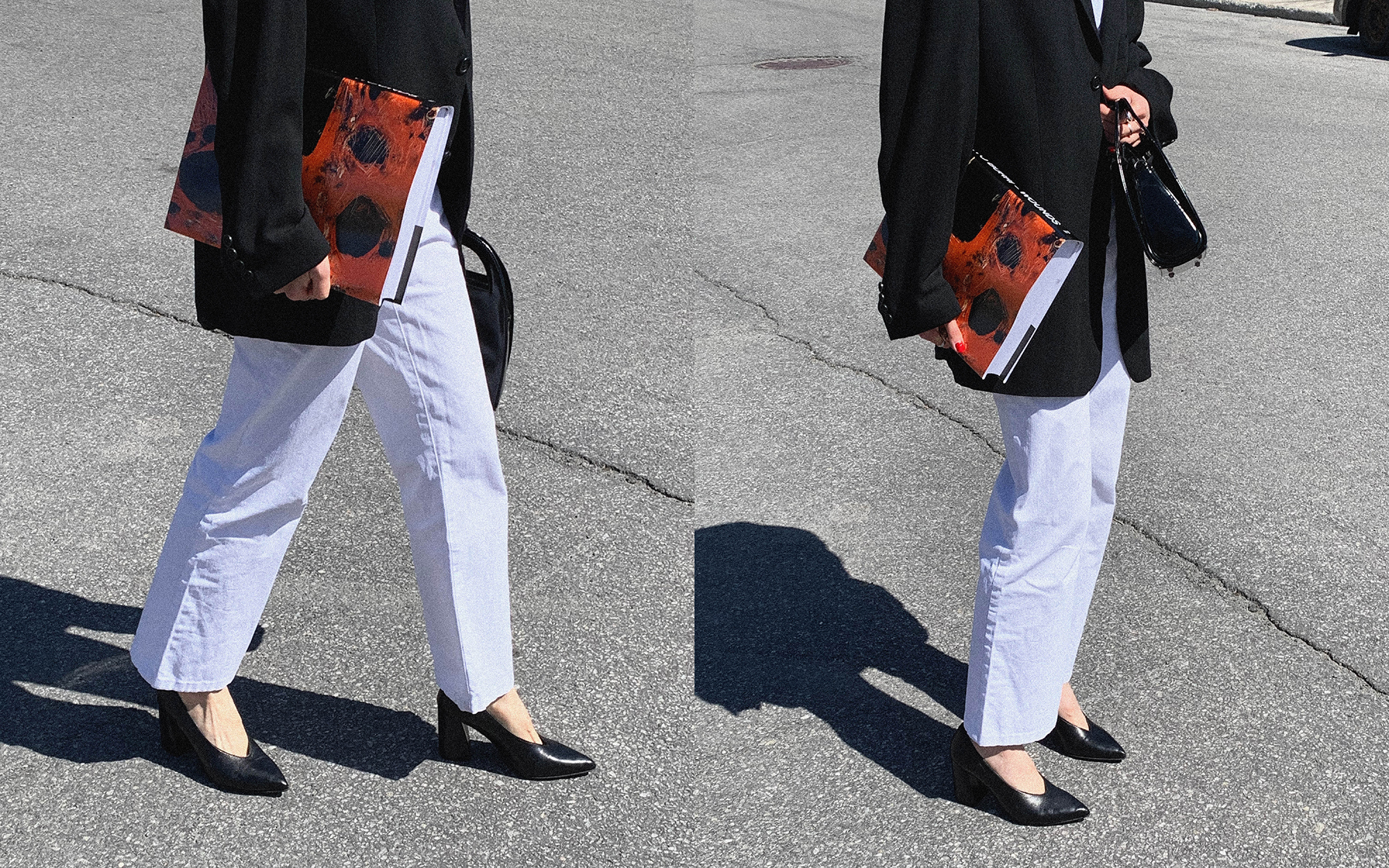 Alberto Burri did not have an ordinary life. It was during his time serving in World War II as a surgeon, that he found his passion for art. When he was captured and thrown into a concentration camp, art became for him the only way of staying sane. When the war was over, he left his job as a surgeon and fully focused on his new passion. 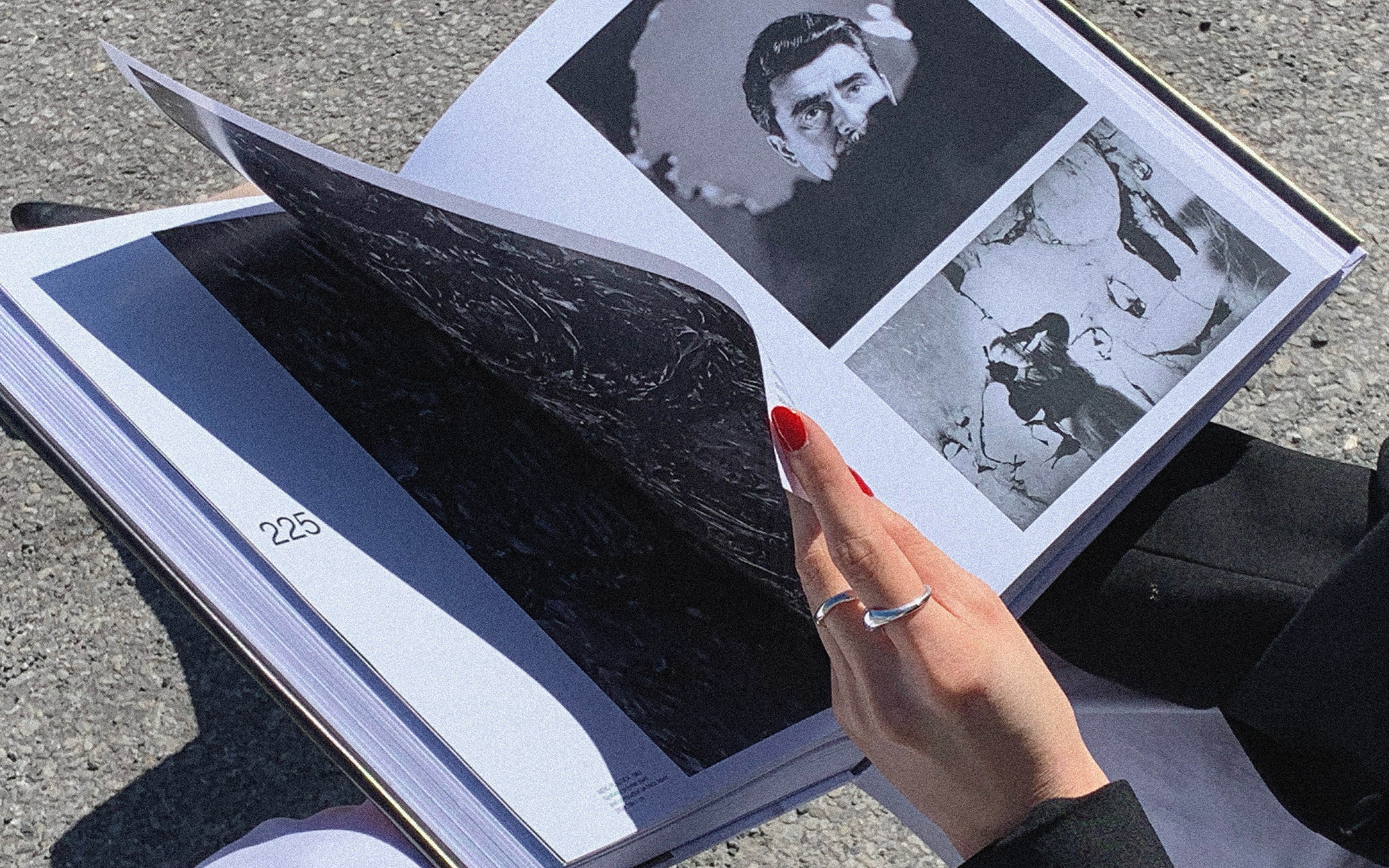 Because of Burri’s dreadful time in the war, I chose one of his most elaborate pieces for the cover which he named Rosso Plastica M3. The bright red shades and the way the plastic burned created holes that resemble gunshot wounds which gives the viewers a glimpse into the trauma he suffered through. As for the spreads, I went for a very simple layout. This allows Burri’s artwork to shine through and for the reader to fully admire his emotion evoking work. 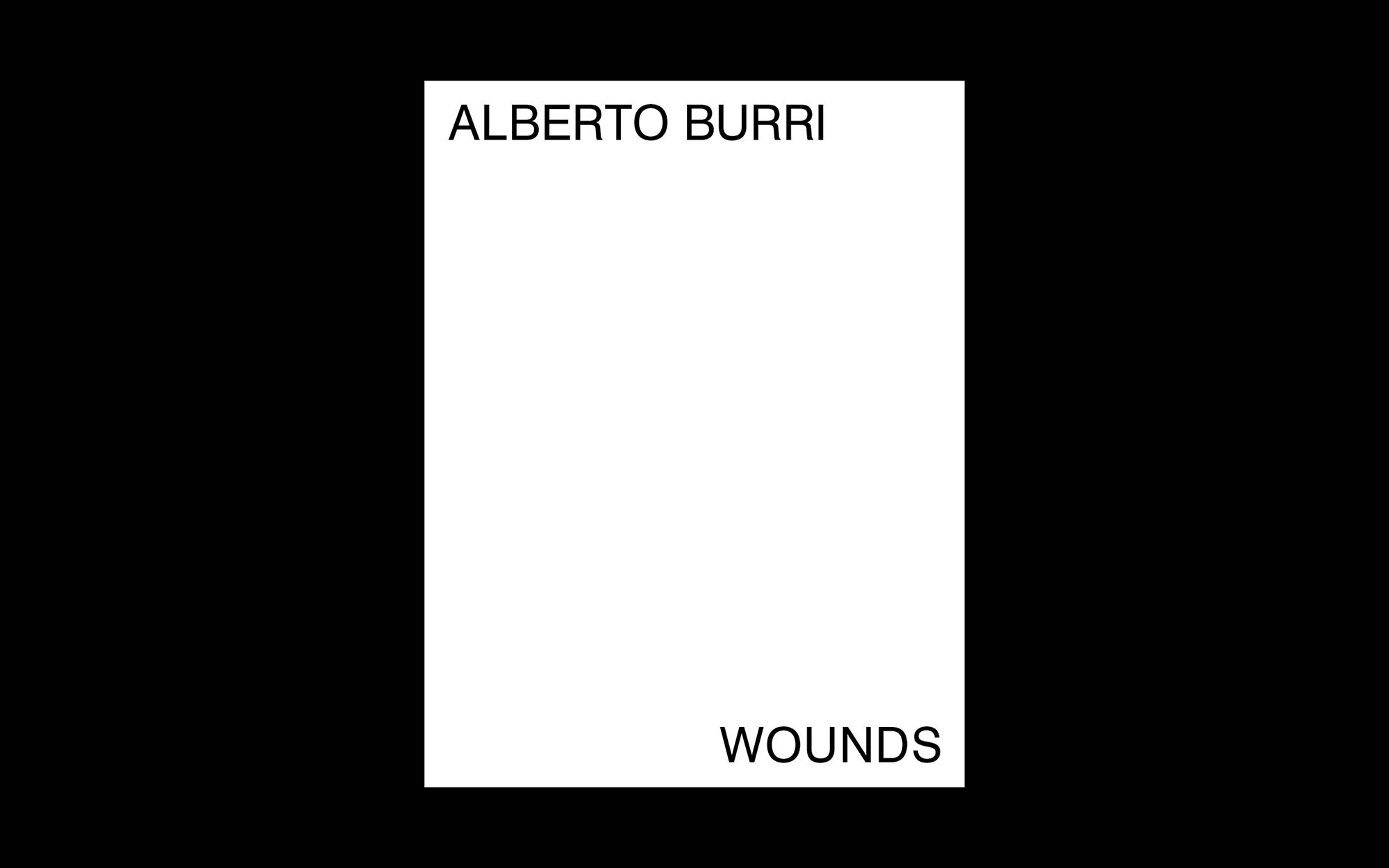 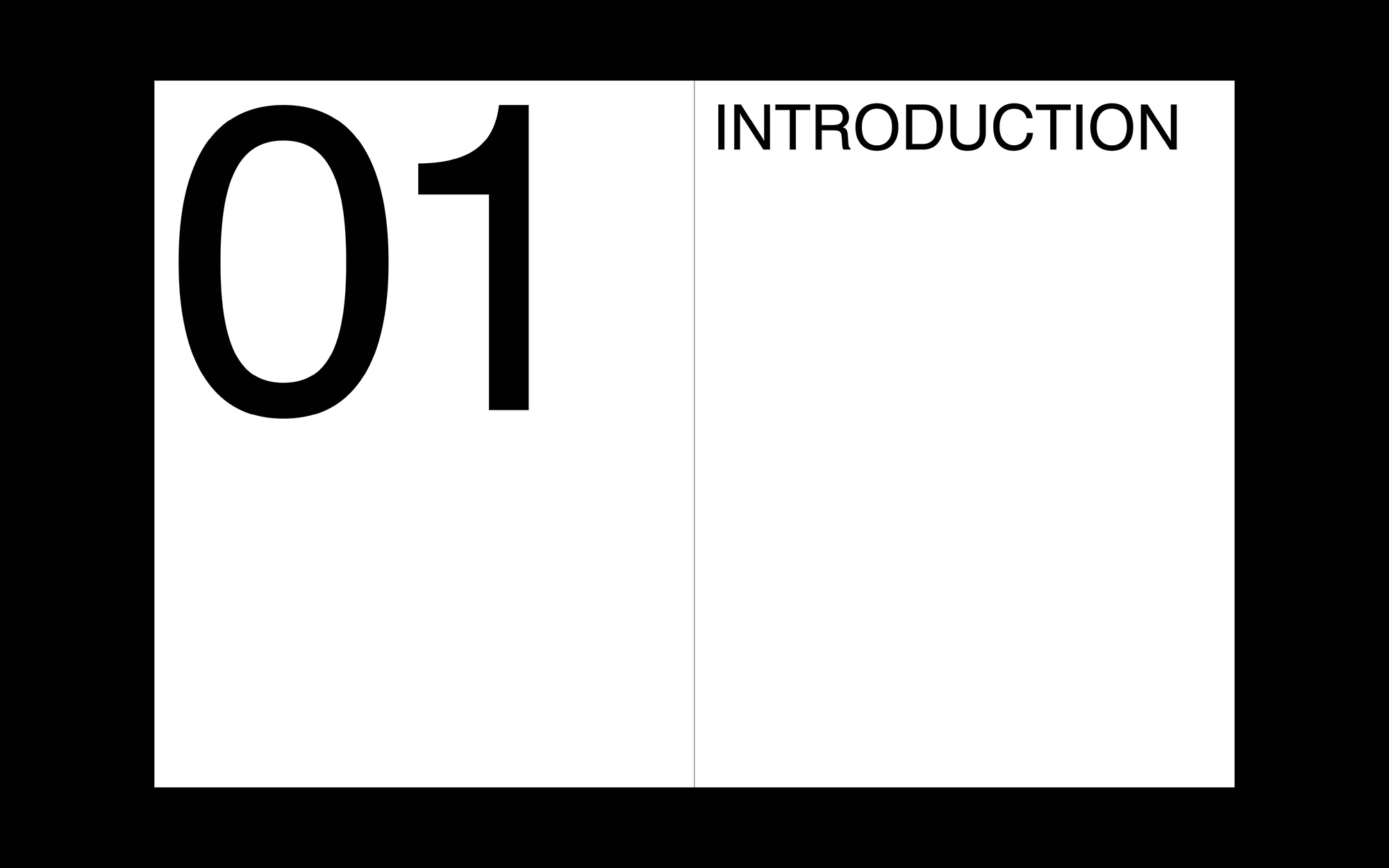 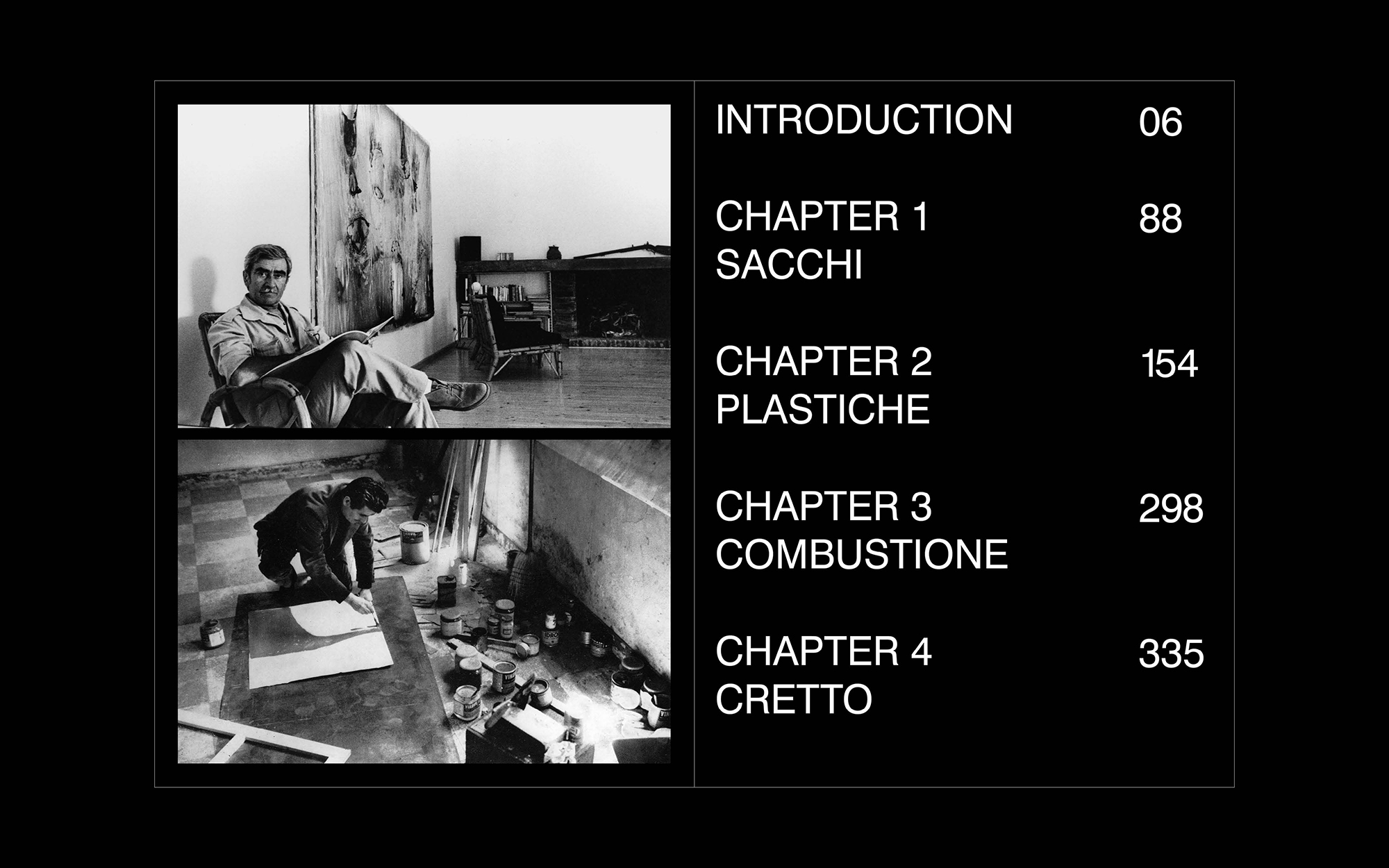 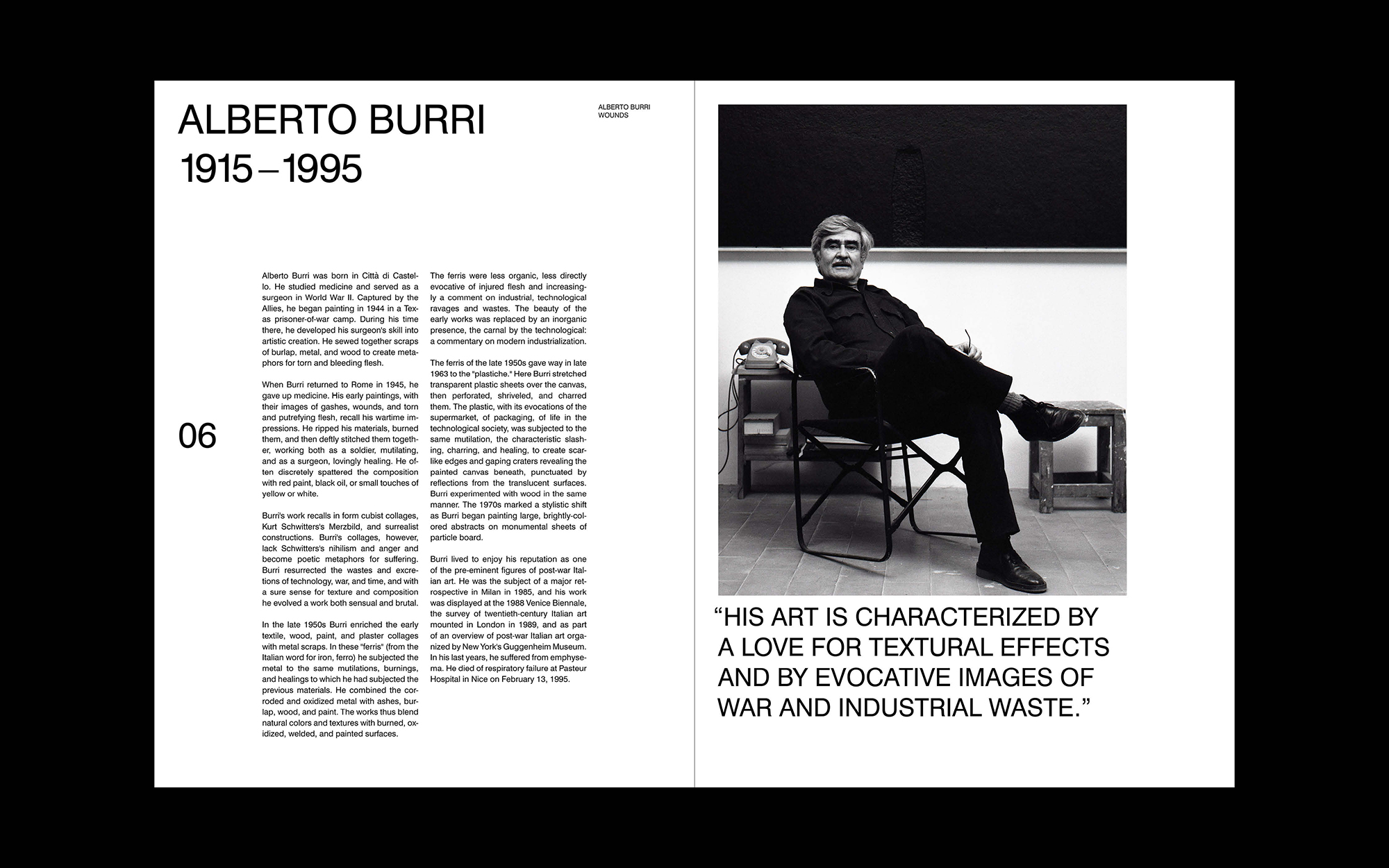 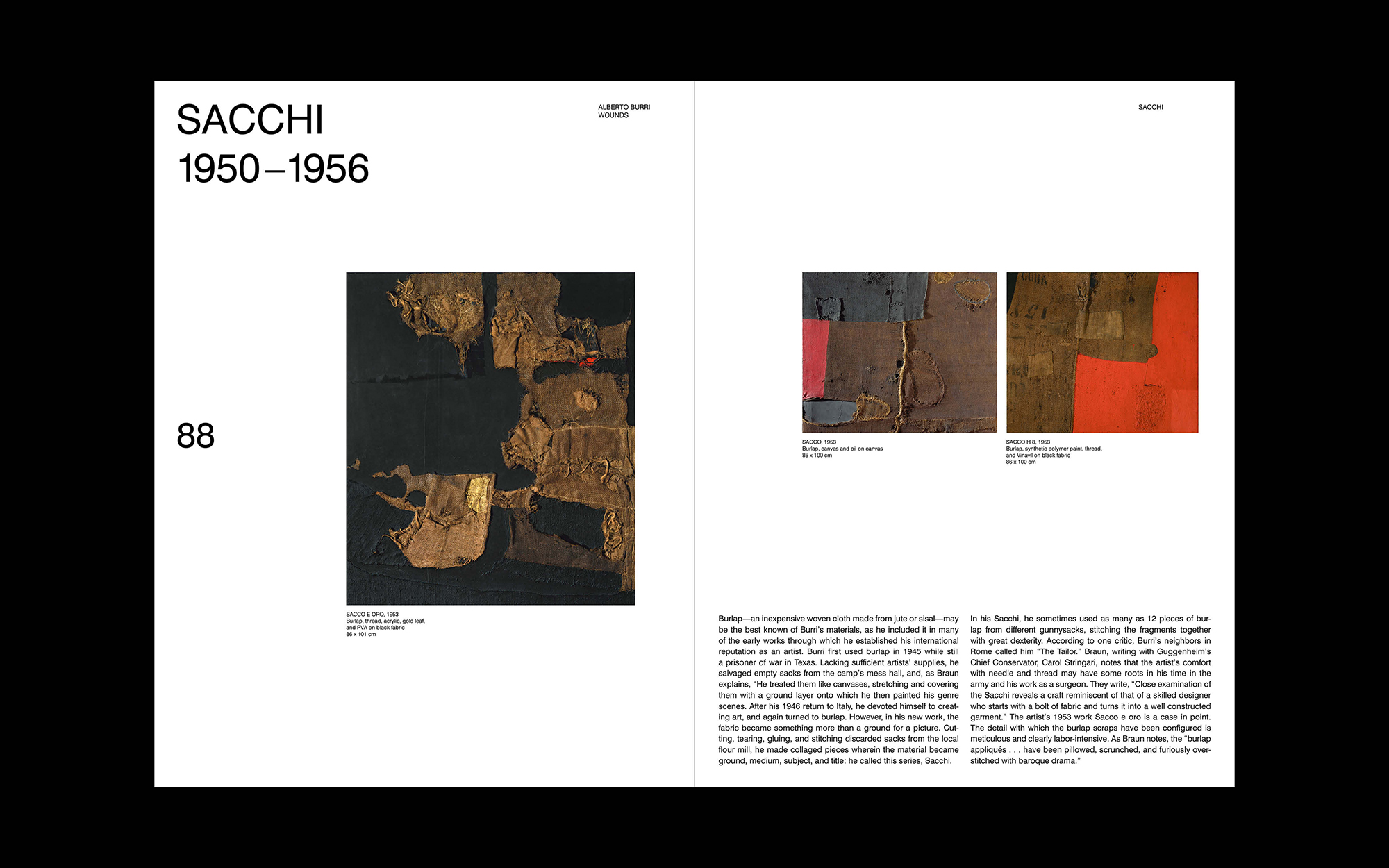 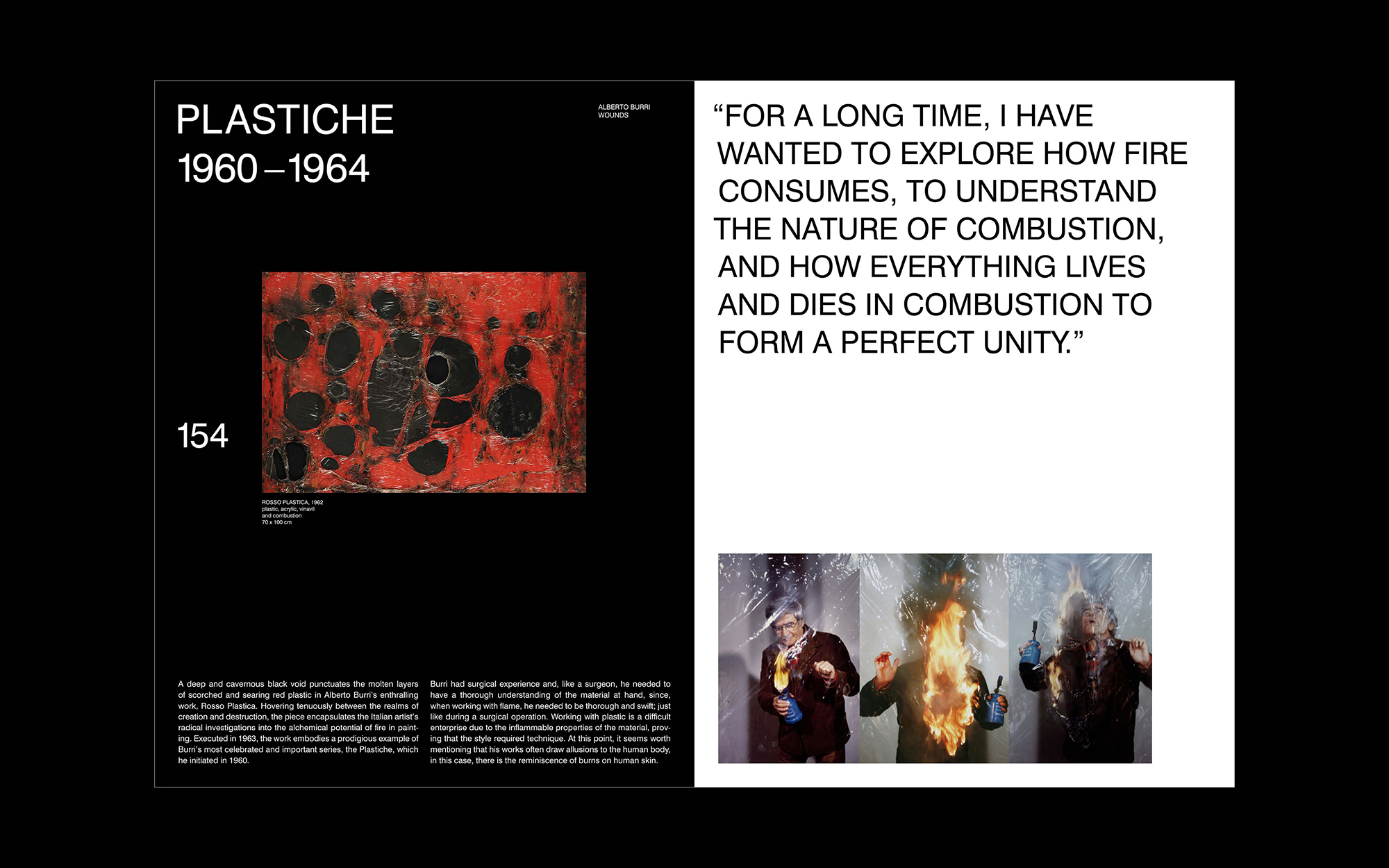 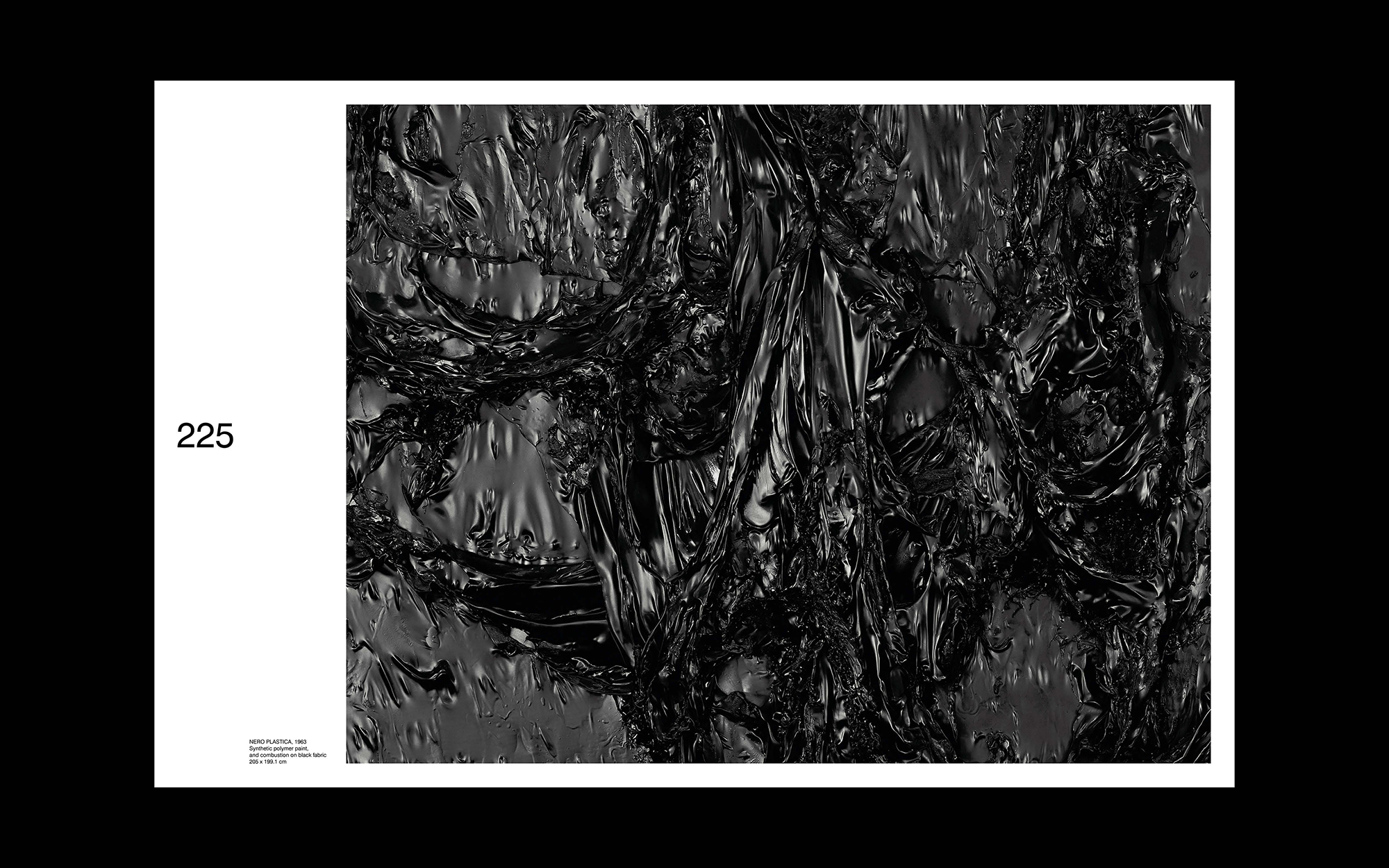 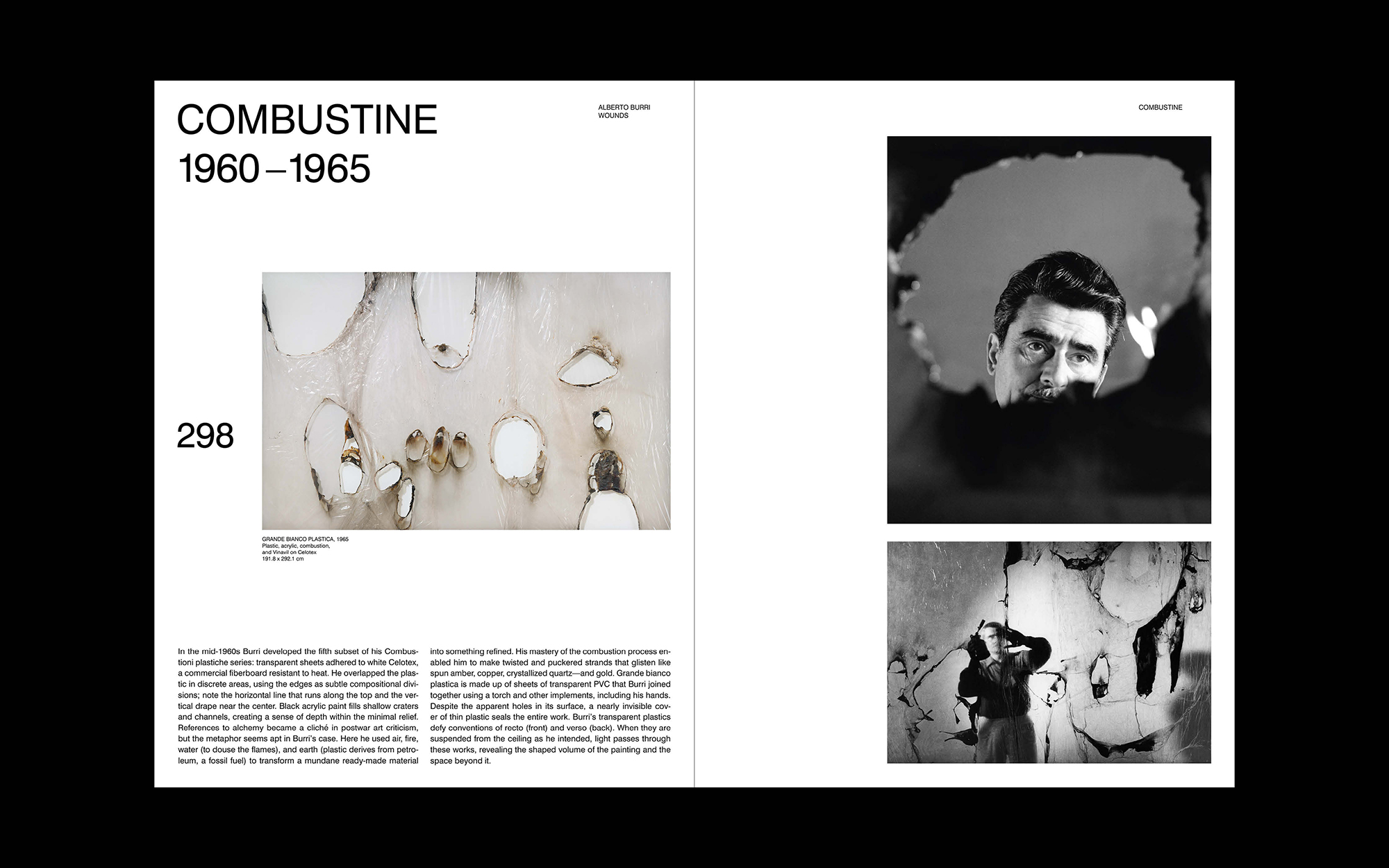 The final book cover and spreads represents Burri’s hardships and how he used art to heal from his trauma. 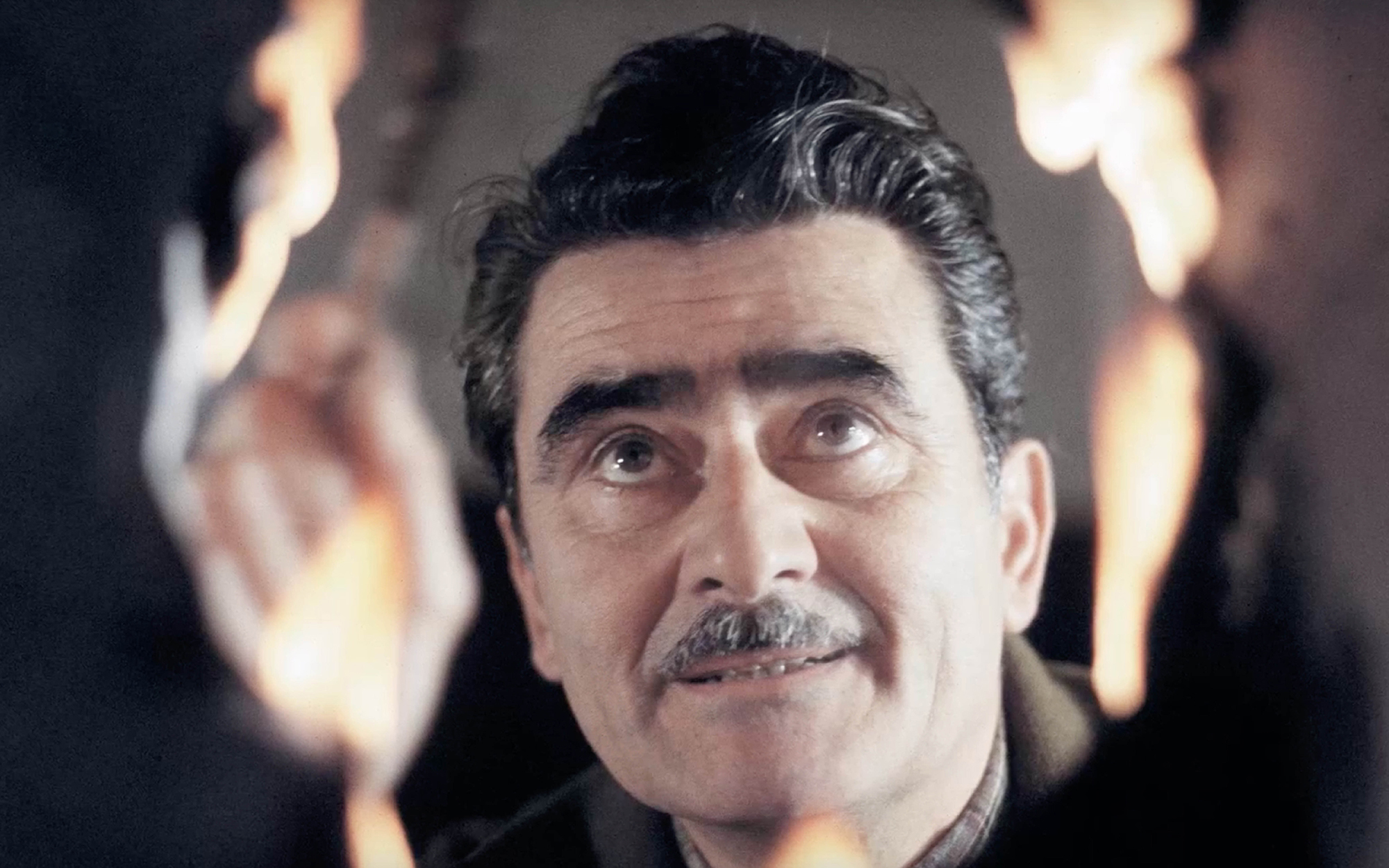